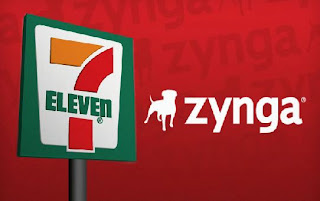 Get points in Farmville and Mafia Wars for buying Slurpees at 7-11! Drink in the delicious, delicious Gamepocalypse!
Posted by Jesse at 10:58 PM 4 comments:

Oh man. NBC has taken a giant leap forward into the Gamepocalypse! Go to NBC Fan It, and you can sign up to get NBC points for all kinds of things, like:
And what do you do with NBC points? Well, you try to dominate the leaderboard! (Current leader as of this posting, Alejandro Pena with 4020 NBC Fan It points). The FAQ says you can use points to buy NBC schwag, too, but I couldn't figure out how to do that.

I'm sure it won't be long before you'll see this on your favorite NBC show: "Enter this code in the next five minutes for 500 bonus NBC Fan It points! Aren't you glad you're watching live TV?"

See? TV's no longer a waste of time! Hey, NBC, are retro points available for all those episodes of Saved by the Bell that I watched? I mean, you owe me something...
Posted by Jesse at 8:01 PM 1 comment: 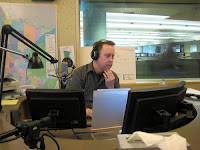 Another Gamepocalypse interview, this time with John Moe. 5 minutes. I don't think I said anything new -- but John Moe is cool!
Posted by Jesse at 1:53 PM 1 comment: 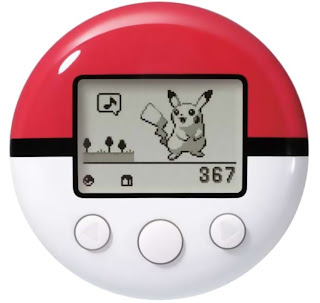 The new versions of Pokemon for the DS and DSi, "Heart Gold" and "Soul Silver", come with an interesting device: the Pokewalker. This is basically a pedometer with some special features. The idea is that when you are done playing Pokemon on your DS, you can keep the experience going by carrying the Pokewalker with you as you walk around. The pedometer feature will give you points, or "watts" the more you walk. In addition, you can have little battles, hunt for little items, and play a kind of slot machine game. The Pokewalker communicates with the DS cartridge via infrared communication, so you can upload your "watts" back to the cartridge, and also download different Pokemon into the pokewalker. In short, do you want to play Pokemon even when you aren't playing Pokemon? Like say, when you are walking to school? Or playing another game, like soccer or basketball? Here in the Gamepocalypse, you can!
Posted by Jesse at 11:28 PM 7 comments: